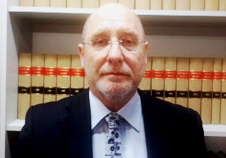 Steve was admitted as a Solicitor in the Supreme Court of Queensland in 1978. Steve has practiced as a Criminal Barrister in the National Court of Justice, Papua New Guinea, and also acted as a Financial Adviser in Europe.

Steve has extensive experience in the general practice of law and although no longer practicing in Criminal Law is often retained to conduct criminal Appeals.

Steve is highly competent in practice of Succession law and planning and conducts many hearings in Queensland Courts.

Steve has travelled extensively and is familiar with the legal process in Europe and the South Pacific.

Steve has had a long association with the Aboriginal and Torres Strait Island community in Australia, representing many groups in actions against the Australian Government, as well as acting as Counsel for several multi-national corporations. 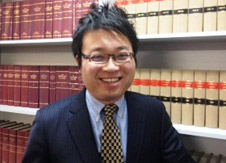 Henry has had a very long and loyal association with this firm, having begun his legal career here as a paralegal clerk whilst he was still a university student. He progressively worked his way up over the years and became a director in October 2010 and the firm he has been part of since even before practicing law now bears his name.

Henry has over a decade of experience in general legal practice, particularly in the areas of commercial property leases and family law litigation, including successful appeal that has become legal precedent.

Born in Taiwan, raised in New Zealand and educated in Australia, Henry can speak two dialects of the Chinese language (Mandarin and Hokkien) fluently. He is also very well known within Brisbane’s Taiwanese community. 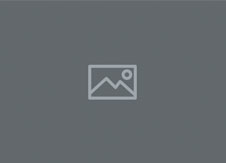 Dolores is a consultant (paralegal) in our estates and property teams.

Having worked in predecessor firms M.G. Lyons & Co and Rinaudo and Co, she has over 50 years of knowledge and experience in advising clients in relation to estate planning, preparation of wills, probate, administration of estates and powers of attorney. In addition to her deep experience in estates, Dolores regularly assists clients with their property matters in particular negotiating and drafting of leases for commercial properties including those governed by the Retail Shop Leases Act (Qld). Dolores is also fluent in Italian and as such she continues to provide ongoing assistance to the firm’s valued Italian clients.

Dolores’ commitment to the firm’s clients is evidenced by the professional, hands on and efficient approach she adopts in relation to each of the matters in which she is involved. This commitment is reflected by the fact that she has been assisting many clients with their commercial needs over many years. 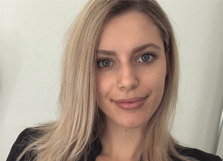 After working for various barristers as a research assistant and gaining experience in both criminal and civil matters, Sophie decided to follow her interest in commercial and property law at Quadrio Lee Lawyers in early 2017. In 2019, Sophie graduated with a Bachelor of Law and Justice (Honours) from Queensland University of Technology and a Graduate Diploma in Legal Practice and was then admitted as a solicitor to the Supreme Court of Australia. She attends to a variety of commercial and property law matters including:

Ebony joined our firm in late 2017 and since then has completed her studies at Griffith
University and the College of Law, graduating with a Bachelor of Laws, Bachelor of Business
(Management), and Graduate Diploma in Legal Practice. Having been admitted as a solicitor
to the Supreme Court of Queensland in 2019, Ebony looks forward to a rewarding career in
our firm. She can help you with a variety of matters including: